POP CULTURE IS YOURS

THE BIRTH OF THE CAPSLAB LAB

Capslab is a lab of exclusive creations inspired by iconic pop culture figures.

Launched in 2018, Capslab is primarily known for its caps featuring iconic popular characters.

Its creators have developed a brand with a young, dynamic and innovative spirit, by offering quality products and constantly renewing the brand designs.

Capslab's designs appeal to pop culture fans and to those who like original and contemporary fashion accessories.

Capslab—with a hint of magic—offers a unique style, and pieces that evoke memories.

Capslab brings together pop culture fans and generations influenced by the characters they grew up with.

Capslab products are worn with a sense of pride, often by collectors as a sign of belonging to a community of fans.

It's the ultimate final touch to a stylish look!

Capslab caps come in different colors and shapes: full or trucker (with mesh), they are adjustable with a snapback closure. For winter, there are also Capslab beanies! 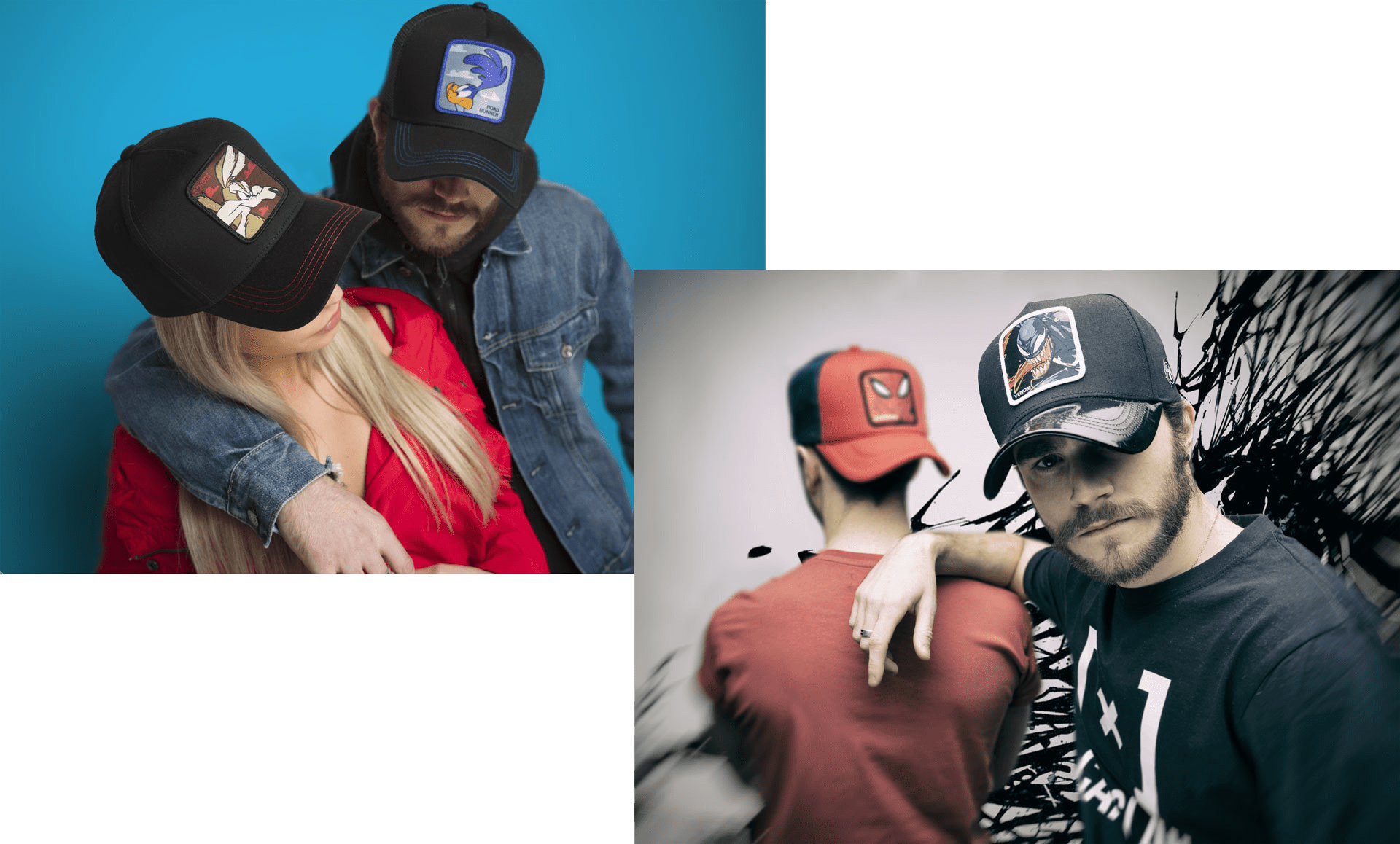 Capslab works in collaboration with the creators of licenses (mainly from video games, manga, comics and anime) so that each universe is accurately represented. Since its launch, Goku and Vegeta (DBZ), Mickey Mouse (Disney), Captain America (Marvel) and even Donald Duck (Looney Tunes) have been part of the brand's development. .

Wearing Capslab is also a way to embody a popular character and all that it represents, to be part of a "community", of a generation shaped by the same cultural influences.

The Capslab signature is going that little bit further—the icing on the cake—by bringing a bit of originality and magic to a look.

Close
Click for more products.
No produts were found.